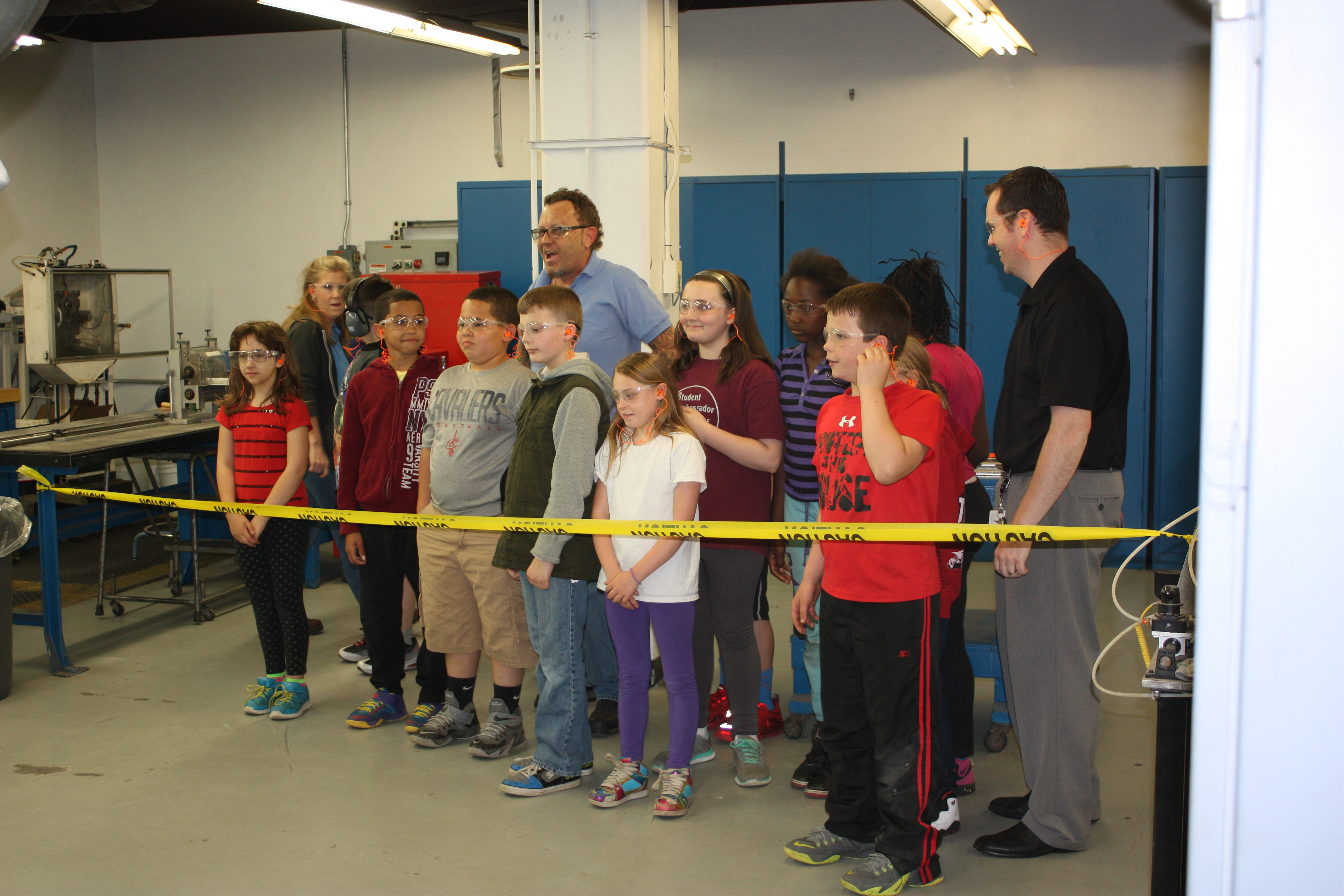 It was the school’s fourth annual science field trip to the facility.

Before their tour the students saw a video entitled How To Make Sandpaper and a safety orientation (of course).  They then visited Watervliet’s “Pilot Maker” used for testing new types of sandpaper before they are mass produced.  Judy Allison, supervisor of process engineering and Mike Siler, senior technician, explained the process of making sandpaper while the students watched.

At plant’s Do-It-Yourself Lab, Chuck Lester, R&D engineer, demonstrated how to use sandpaper.  The students then practiced their own hand sanding techniques. Next, the fifth graders went to the Grinding Lab where Rick Kalita, manager of R&D, showed the students a high-pressure, high-force test on metal.

Each child then created their own sand art, using five different colored grains (the same used in sandpaper).

Mrs. Swyer, fifth grade teacher, says “Each year Saint-Gobain gets better.  We can’t wait to see what you have for us next year!”

The Saint-Gobain Abrasives plant in Eskişehir, Turkey, are the worthy winners of our 'Reshaping Your World' Award for 2018 for their implementation of their pioneering “Safety Sheriff” project.

Saint-Gobain has once again been certified Top Employer Global by the Top Employers Institute; the fourth year in a row.

We’re delighted to announce that Norton Abrasives continues to be the primary sponsor of the USA Luge team following the fantastic achievements of the American competitors at this year’s Games.